Yesterday my beloved spouse walked in the door and asked if I'd noticed that a white spray painted box now entirely enclosed our shrubbery in the easement on the edge of our property.

I made this face.


Those aforementioned shrubberies are the only thing that prevent people from cutting through our yard to go to the park thus creating a terrible mud pit. While I frantically called the electric company and left several incredibly calm and not at all panicky voicemails, my charming spouse apparently thought googling what terrible things can be put in your easement would be great. Subsequently he TOLD ME (which is a rank amateur move that I am sure he will not make 10 years from now). And I may have gotten moderately shouty.

I finally called Call Before You Dig (811) and they suggested I review tickets for my street and address at the NTMS using Detailed Search-- this is a thing that I did not know existed, but seems like you should know if you own a home. Now you know, you're welcome. There I discovered a ticket with a contractor's cell number on it. I waited until 8:02 this morning (I am the picture of restraint) and called and was not completely traumatized by the contractor.

And while I'm not excited to get some kind of anchor line thingy they're putting in, I am glad that the HUGE POLE WILL NOT FALL ON MY HOUSE AND MURDER US IN OUR SLEEP. Probably. (Note: new thing to be scared of.) And major upside, I significantly increased the number of times I have had legitimate reason to say the word shrubbery.

And in shrubbery related news, the shrubs will live on. And I will not be forced to say ni.

I feel like anonymous blogging is great and don't plan to publicize my full name, but it seems unwise to have anything poorly written or controversial out there floating around. Certainly not with the way technology is changing. Is it only a matter of time before my name comes fully up in the blog somehow?

On the other hand, the blog is a fascinating time capsule. Furthermore, maybe there is a space on Google+/Facebook where I can move the good stuff AND the poop jokes; someplace where I can better choose who reads my unrestricted thoughts, and the blog can be a public place.

Things scarier than rats are lurking. 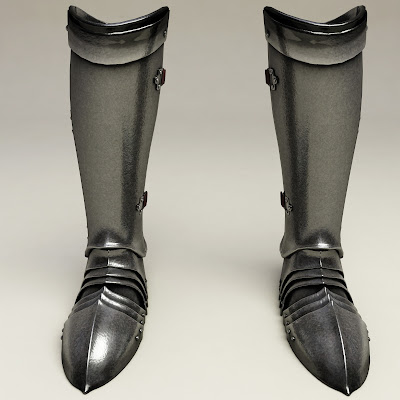 So, can I just mention that I was downtown a few weeks ago and stepped on a used needle? Sorry, it squicks me out too. Didn't get into my shoe, but I was well freaked out. This makes the second used needle I've stepped on, so far.

There is no reason to bring this up, other than the fact that it flits into my mind more than I anticipated it would and I just find it so disturbing. And depressing. What are we supposed to do about this kind of drug use in our society? I have no idea.

Watch where you walk, friends.
Posted by qtilla at Monday, July 11, 2011 No comments:

Cars 2 Was Too Good For You

Last night Muffin took me to see Cars 2 in 2D and it was utterly charming.

There has been a lot of bad press for this movie, but I found it thoroughly entertaining and visually stunning. While the Blue Collar Comedy Tour and slapstick comedy stuff doesn't do much for me, the story was sweet and the characters endearing and funny.

I think this movie has such poor reviews because people expect a certain amount of schlocky sentimentality from Pixar. Pixar movies almost always make me cry. When Steve and I saw Up we were blubbering like giant babies in the first 5 minutes, but all around us children sat in unmoved silence. Most of them have never loved someone only to lose them. They haven't made enough decisions to understand regret. It was the adults in the theater that wept in understanding of an old man's pain.

At the heart of it, the real reason critics object to Cars is that Pixar took the time to make a children's movie for children instead of making an adult's movie that is safe for children (TWICE, HARUMPH). I watch a lot of kid's movies and the Cars movies are among the best of those kid's movies that are truly intended for kids.

In Cars 2 we follow Tow Mater, by far the Cars character most beloved by children. Sure kids like his off-color jokes, but who would you rather love: the self-centered race car that always wins, or his stalwart friend who bumbles through life with a sunny outlook and tremendous honesty and kindness. Who among us prefers Frodo to Sam? Nobody. Tow Mater is the heart of Cars.

Furthermore, kids get Mater. They've been the butt of jokes. They've made mistakes and felt embarrassed. Tow Mater is the fat kid in class, and in Cars 2 Tow Mater gets the girl. Tow Mater saves the day. Tow Mater solves the mystery. Like Goonies and Monster Squad, Can't Buy Me Love and 16 Candles, in Cars 2 the dorks win.

There's nothing Americans love better than the little guy winning. We love to root for the underdog, so why is it that America's film critics can't love Tow Mater?

Because they couldn't see the greatness inside him either. America's critics underestimate Cars 2, in exactly the same way the characters in the movie underestimate Tow Mater. Maybe they should watch Cars 2 again because they simply didn't get it, unlike countless children.
Posted by qtilla at Thursday, June 30, 2011 No comments:

My brain has just drained out my ears. My favorite quirky billionaire adventurer is at it again.

Today Virign Oceanic launched, and SRB and friends will be diving to the bottom of the lowest points of the ocean(s) to explore and map what they can.

I've been feeling sad about the space program in the US and how inspiring human exploration can be and what it means to a culture to lose that. And now here is a new point of exploration. I do wonder what it means when private sources fund scientific exploration. I understand that this has generally been how this is done for the majority of human development; but, something in me thinks that everyone benefits from this type of exploratory science and isn't that something worth governmental funding?

Beyond being excited, I'm just so... pleased. Sir Richard, I would bake you a cake if I could. And I'd even try to keep my hands to myself while you snacked.

Read more at Virgin Oceanic. Seriously, you should.
Posted by qtilla at Wednesday, April 06, 2011 No comments:

Well, you watch this and tell me:

qtilla
I like bacon. I have a blog. I have no money, in case you are trying to sue me.